Micro is the new small. Progress, one micro step at a time.

A couple of weeks ago I attended Jeff Pulver's #140 Conference in Detroit. I have to say that it was one of the more inspired gatherings of people that I've been to in some time. The more conferences I attend the more I find that any conference with the words "social media" in the title are total crap. Same people, same thinking, no progress. I'm trying to diversify and find the other people who are doing the work.

The #140 Conference brought together storytellers who talked about how they are affecting change in the city of Detroit and the world. Two of the top presenters had something in common which I find fascinating and in both cases, revolutionary. It's the evolution of micro.

I've written about micromedia before as far back as 2007. The web has made big things small and small things big. New trends are emerging now around micro-payments, micro-fundraising and even micro-real estate. Meet "Lemonade Detroit" and "Loveland".

Lemonade Detroit is a documentary film about the people who are in the city of Detroit who are not leaving and who are committed to making things better. Here is the trailer if you are interested:

The coolest part of the project, however comes in the way the filmmakers are trying to fund the film. They're allowing the public to purchase individuals frames of the film. Once purchased, that person will be listed in IMDB as an official "Producer" of the project. So, you get to help a filmmaker and get a cool bonus on the side. Such a cool way of thinking differently about raising money for a project like this. 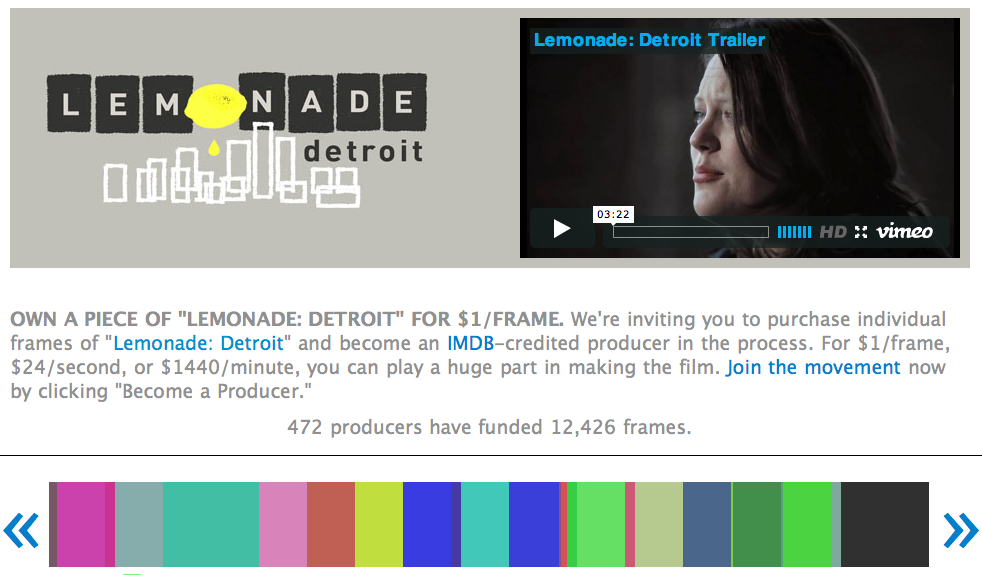 Welcome to the microhood! Along the same lines as Lemonade Detroit, Loveland is trying to improve the city and allow people to invest (or inchvest) over time. Loveland is a small physical parcel of land (see map below) located at 8887 East Vernor Highway and Holcomb streets where people can purchase inches of land. Once purchased, the ownership is mapped to a digital environment where people can chat with their neighbors and form real relationships. People can earn badges, name the city and give it their own personality. 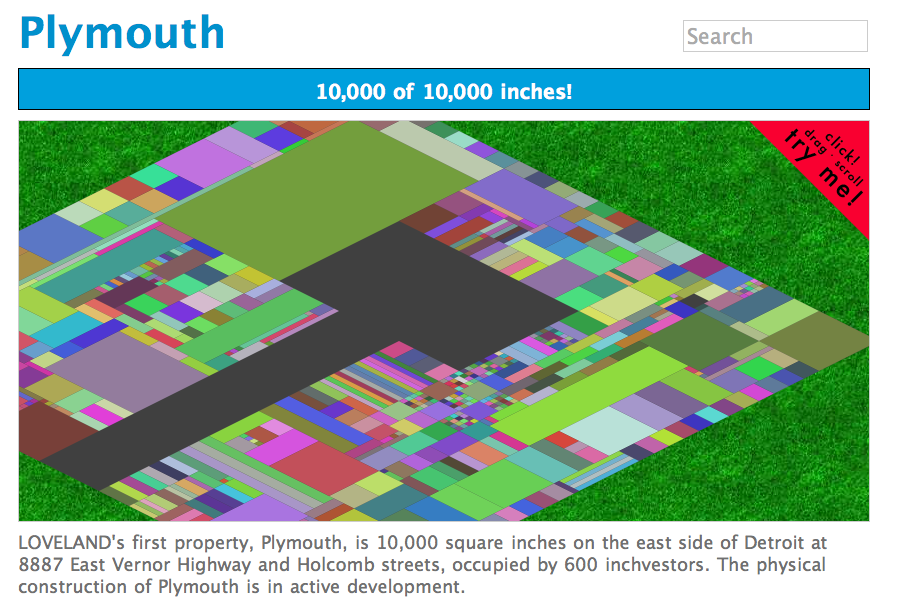 This way of thinking small can have a big impact. It's different, adds value to the community and to individuals and makes you sit back and think about the possibilities. Just think about micro funding a novel all the way up to a project to bring clean water to Africa. There are amazing possibilities that open up when conencted to mobility and mobile micropayment by SMS/RFID.

What would you do as a side project if you could? How would you change the world?